How Thai social innovators are changing how we think about plastics! 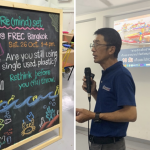 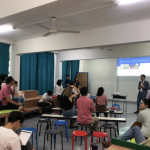 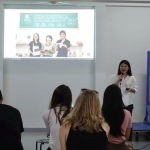 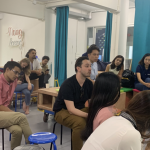 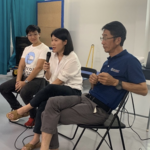 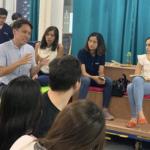 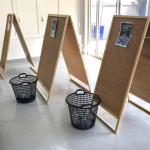 On October 26 we held the Re(mind) set: rethink before you think(ทิ้ง) public event at FREC (Ford Resources and Engagement Center) to learn and raise awareness about plastic waste and how they can be transformed into valuable products. A key point of the event was that plastics are not necessarily the problem. The main problem is how people use plastics.

The event was held as part of the Masters in Social Innovation and Sustainability at Thammasat University’s School of Global Studies, which aims to build a community of practitioners and researchers to tackle the region’s most pressing challenges. As students in the program, we recognize plastic waste as a major issue in thailand so we organized the event to promote awareness and to encourage individuals and groups to change their perspective towards plastic.

We were fortunate to welcome several distinguished guest speakers who shared their insights on how to deal with plastics sustainably. The first speaker was Ms. Papawee Pongthanavaranon (Pear Papawee), co-founder of Refill Station Bangkok and Better Moon café. The Refill Station is a place where customers can bring their own bottles to refill many types of solution liquid such as dishwashing liquid, shampoo, liquid soap, or lotion. Not only is it good for the environment but the price is also lower because it doesn’t need sophisticated packaging. They create the business as a platform that shifts society’s behaviour by designing customer experiences which are beneficial to the environment and economy at the same time. The shop also provides consultancy to people and supply products for other new enterprises with identical ideology in the refill concept store.

“The best way to create any changes is, to begin with, yourself with no matter how just need to start doing it” – Refill Station

The second speaker, Precious Plastic Bangkok, led the idea of reinvention (Re-invent) showing that plastic caps are too precious to throw away. Medhawarintr Dhanarachwattana, a volunteer in Precious Plastic, thinks that plastic caps should not be looked as wastes but materials that can be re-invented into new valuable products. The concept is built around an open-source, free-to-use model whereby people can readily download the plans for the machines for free, allowing communities of all backgrounds to start tackling plastic pollution. Precious Plastic is a community-lead plastic recycling solution that seeks to show people how useful, exciting, creative, and valuable plastic trash can be. The goal is not simply just to recycle the small number of plastic, but to try and change society’s attitudes towards plastic pollution in general and for people to start seeing the plastic as a valuable resource that is too precious to throw away or be discarded on the streets.

“Plastic itself is not a problem, but the process to handle it is” – Precious Plastic Bangkok

The third speaker was Asst. Prof. Dr. Prinya Thaewanarumitkul, the Vice-Rector for Sustainability and Administration, Thammasat University, who is also the Founder of “Kayaking for Chao Phraya”. His project brings awareness to the problem of litter in our river systems by having kayakers collect wastes along the Chao Phraya river for more than 300 km., 10 days and 10 provinces. The journey began from Pak Nam Pho until Bang Kachao. Moreover, the campaign encourages everyone to reduce and stop using single-use plastics, and everyone can begin and re-vise the environment in Thailand.

“To make people aware of, actions need to be taken place” – Kayaking for River

Aside from the keynote speakers and panel discussion, we also set-up reuse stations which included three stations: unused clothes, single-used plastic bottles, and plastic bottle cap. The key objective of this activity was to raise awareness on how audiences can rehabilitate their behaviours from their lifestyle which consequently caused the pollution from those short term usage items. These items from three stations could be reused and generated to the other forms of products which can create a positive impact on waste reduction. Finally, this activity was set up to integrate with the concept of the event in order to make it inclusive and align with the public awareness on environmental issues. As a result, all contributions from attendees to the reuse station were able to create value for the other stakeholders such as all clothes donated at UNIQLO under their campaign to reuse and supply to some people who are in need. Plastic bottles were given to FREC in order to process for recycling activity. Lastly, plastic bottle caps were going to Plastic Precious for upcycling activity.